After my lie in, and subsequent leisurely reading of blogs and Ravelry fora, I had breakfast and did a little crochet.

Next I pulled my bike out of the garage.  I turned it upside-down, removed the wheel, levered the tyre from the rim, took out the old inner tube and cleared the bright green slime out of the inside of the tire. Or should I say Slime – it’s a brand name after all.* Unfortunately because I’d left my Slime-filled tyre pancake flat for a week, I had green slime everywhere!

After the green slime was gone I put the new inner tube in, got the tyre back on the rim, the wheel back on the bike, and put in the own brand orange slime I had to hand before pumping it up. I sorted through my old puncture repair kits to replace old tubes of glue with new ones and realised that I could make my frame bag from my old bike fit this one if I found an allen key, removed the drink holder and cannibalised an old rubber-band based rear-light fitting. So I did that too.

I’ve gone through every phase of that in detail because I want to highlight that it was a relatively arduous physical process. I would have struggled with all of it a few months ago. Having to clean up the old slime would have been a major blow because it would have been energy expenditure I hadn’t budgeted for. But now it’s not a big deal.

Packing the frame bag with food for lunch, I cycled the 6 miles to the stables. Ta da!

On arrival I cleaned Drifter’s sheath. Box rest is not good for a horse’s intimate hygiene. Understatement. And then I strip-cleaned his bridle and ate lunch.

The vet arrived and we did trot-ups and flexion tests with more trot-ups. The swelling had reduced massively, although there was still a tiny bit left. The lameness had gone and the flexion tests were normal. Hurray! The vet prescribed a return to normal routine in both exercise and turnout! Hurray! However, he could now see the lameness at the back which has been slowly creeping up on us. I wasn’t at all surprised, nor disappointed really. I knew there was stuff going on and it was a relief to have it finally visible as a true lameness. Also, I expected it to get bad at as a result of the box rest. The vet thinks it is coming to the point where we need to intervene at the back but he suggested that we get back to normality for a bit before we start investigating the back leg. I was happy to go with that, so for now we have a glucosamine supplement and exercise, but soon we’ll start playing the vet game again. How soon will probably depend on whether it eases with exercise or not.

Honestly I’m sure most of the staff thought his back leg troubles were all in my mind so it was good to be able to tell them that the vet can see it now. It’s likely that the front end issue might have been caused or at least exacerbated by the problem at the back because it’s the right hind and the left fore that are sore.

As we were suddenly back to normal routine I tacked up and got on and rode in walk and trot! (Canter is now allowed but I never canter unless the trot is reasonably good). The trot was not pretty. That didn’t surprise me, but it was hard work to ride. He was hollow, unbalanced and unrhythmic. I just tried to stay out of his way and let him go in whatever way was comfortable for short trots and then walk again. It did get better… until I changed the rein. Now we were on the right rein and I was rising on the correct diagonal for the rein but it was not the easy diagonal for Drifter, whose two bad legs were now on the ground each time I sat. Everything got very hard for both of us. If I was any good at sitting trot that would be a good solution but I’m not. It seems like a bad idea to rise on the wrong diagonal but right now it seems like a bad idea to be on the right one too! I just hope that next time I ride it will be a bit easier for him as he’ll have moved more which will improve the back leg. We kept the ride quite short, not least because the heavens opened and we got drenched in seconds. There have been times when I’ve tried to work him in weather like that and he went on a bucking and (tiny) rearing tantrum. Aware that he might have lots of energy to spare from the reduced exercise I didn’t want to take any chances so we went for cover! For now my exercise priorities are just to get him moving again. It may be a long time before we get a trot I’m happy to canter from but that’s OK.

Once we’d both dried off it was time for him to go out. Exciting! I was prepared for it to be a little too exciting so wasn’t at all surprised when his walk to the field had something of the trot about it, but he was reasonably mannerly. When I took the head-collar off he did get told off for bucking a little closer to my space than I’d choose, although there was no real danger, and once I was out of the field he galloped… with enough commitment that I got to see his attempt at a sliding stop when he reached the fence on the other side. After that he trotted. Quite a lot. Which I took as an opportunity to observe the very subtle lameness at the back. There was a point where he tried to canter. Two awkward strides on his easy left rein and he decided against it. Trot and gallop were his two gears until he remembered that the green stuff he was running on was made of food, and settled down to eat. I was glad that he didn’t seem any lamer for the outburst and that he’d settled. I’m glad that I was there to see it and seeing those two awkward canter strides was useful – I knew that he might have lost his right rein canter but I hadn’t realised the left rein would be so hard, even at liberty. When the time does come to ask for canter under saddle I’ll be much better informed for having seen this. Hopefully though, turnout will do him good and he’ll loosen up. If he’s a little sorer in the dodgy legs that will be an acceptable balance for the increased wellbeing of the rest of the horse. I’m pretty sure he thinks so!

With my horse in the field there was nothing left to do but get back on my bike and do the 6 miles home. On the way my chain came off, so I popped the bike upside down, twiddled gears, helped it back on, righted it and got on my way.

I got home, showered and didn’t feel that tired. Seriously.

I’d done lots of mechanic tasks, cycled for a total of 12 miles (having done almost no cycling for years), rode a truly awful trot that took loads of core strength just to keep my balance (having not trotted at all for a few weeks), ran up and down for trot-ups, hung upside-down sheath cleaning, groomed, tacked up, removed tack and strip cleaned a bridle, and I didn’t overdo it. I think I’m really fixed!

As for my horse, he may not be quite as fixed as me, but I’m content. He’s out of the stable and a lot better than he was. This morning I was braced for the call that he was really lame again, but it didn’t come. He’s having the day off from structured exercise today, to recover from his night in the field, but tomorrow we’ll do some more trotting and we’ll see where we go from there.

*I always use either Slime tube sealant or an own-brand equivalent. If you get a small hole in your inner tube, such as a thorn would make, it repairs the hole for you. It can’t cope with everything, but it does really cut down on manual puncture repairs, which is great if you’re out and about and you end up going down hawthorn hedged lanes that the hedge trimmer has been through recently (you might be surprised how often that’s happened to me.) The other thing that’s useful is that if it can’t seal the hole for you, at least you can find it easily because there’s luminous green slime bubbling out of the hole!

While Drifter’s lame I’m doing what I can to provide company and entertainment, but that’s not improving my own health and fitness. I really need to be exercising. In the dim and distant days before I had Drifter I used to ride my bike a lot. If I had a spare day I’d go off and get 30 miles or so under my belt, ideally with off road bits and plenty of mud. Now I don’t fancy the mud, hills and bouncing over grass so much, but getting my bike out seemed like a good idea.

Before I lamed my bike I got a couple of rides in. Here are some thoughts that occured to me while riding.

It felt really wierd not to be sitting upright and to be on a different part of my seat bones, but it all came back to me just like err… riding a bike. The gel-filled bike saddle isn’t a patch on my beautiful Bates horse saddle, but then the price isn’t exactly comparable either!

The majority of my bike riding days were before I passed my driving test. I was interested to see that now I’m a practiced road user as a driver I’m a lot less worried about riding my bike on the road than I used to be. As an inexperienced road user I didn’t know how to predict a cars movements or how much room they needed to overtake. Cars were a big dangerous unknown. Thinking like this I realise how a horse feels on the road, especially when inexperienced.

I’m also now an experienced user of equestrian arenas. Which is probably why when I rode my bike on a cyclepath this week I tried to pass an oncoming cyclist left shoulder-to-left shoulder. (This being England where we drive on the left and pass right side to right side everywhere except in the riding schools!) FAIL. Luckily this resulted in nothing more than some confused looks. As I was trying to pass at the generous distance I’d give an unknown horse (!), I went off the path onto the grass verge and there was no risk of crashing. It was only afterwards I realised what the problem was. I hadn’t made a conscious decision to pass left-to-left – my subconscious had handled it and made the wrong call! So I need to be a little more awake on cyclepaths to prevent my subconscious doing this again!

Also, on the same cyclepath, I realised I was a little mentally uncomfortable because I’d been following a big loop and doing several laps, but something was off … what was it … oh yes, I haven’t changed the rein!

On the positive side, I warmed up and cooled down in a sensible way that wouldn’t have occurred to me before I got a horse! 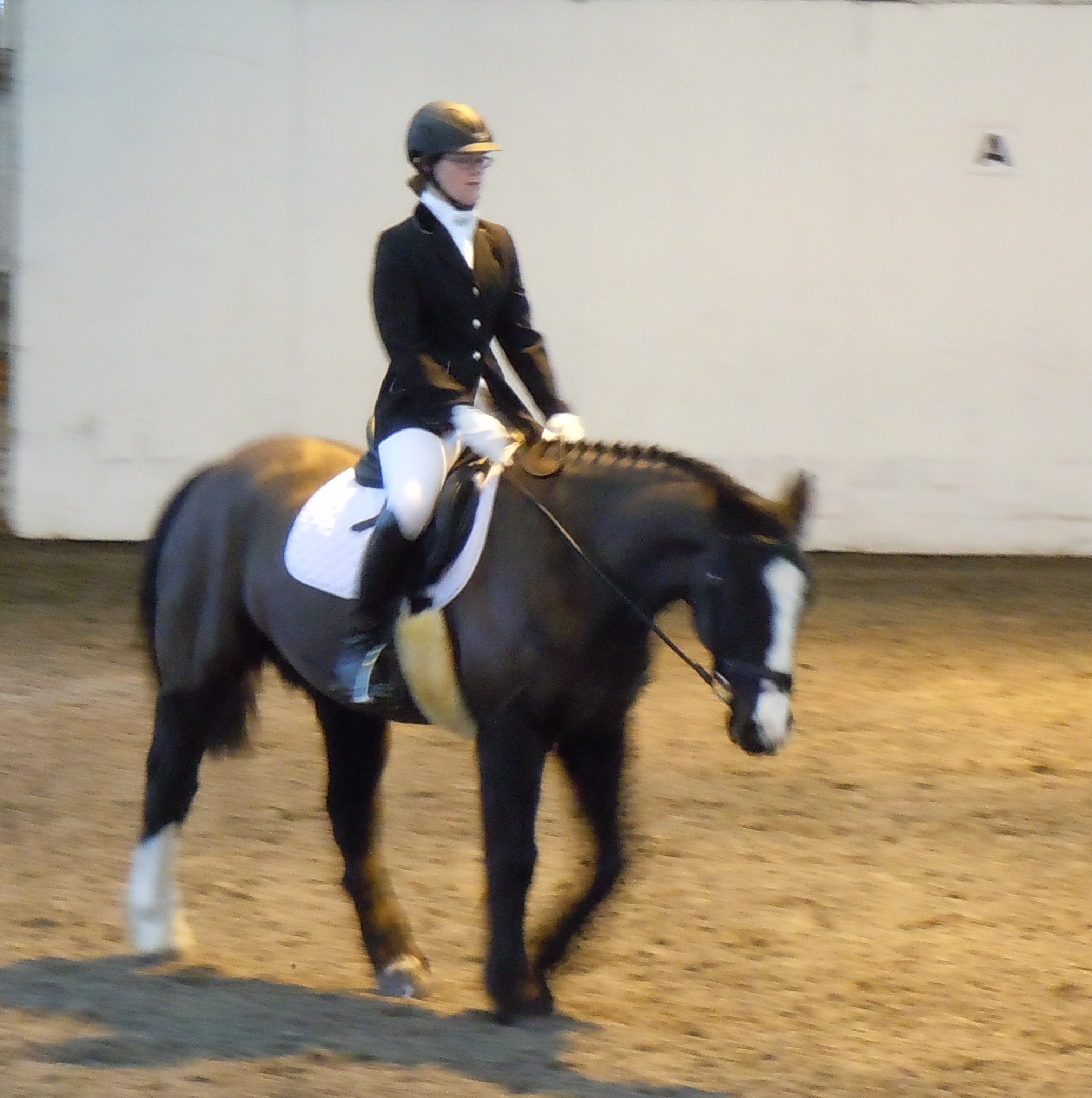 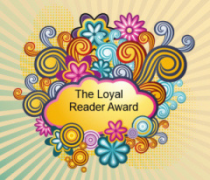 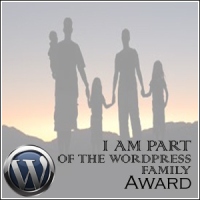